Bazinga A Storm of Swords

All Breed Best In Show Winner

BEST OF BREED at the AKC National Championship 2017 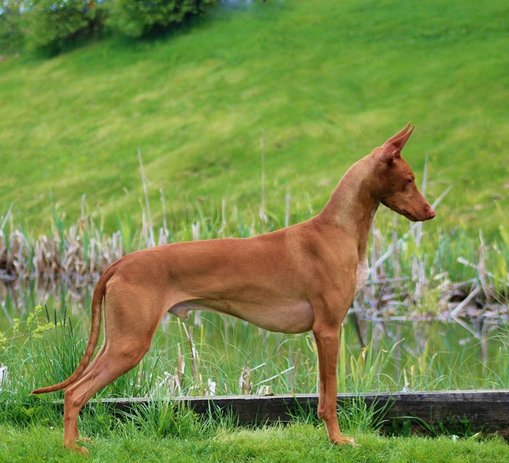 Storm is a happy, sweet-natured and handsome fellow who loves just about everything! He is masculine and substantial with strong bone and very sound movement. He has an excellent, well-shaped headpiece with correct parallel head planes and a strong underjaw. One of his finest assets is his outstanding front. I am looking forward to seeing what the future has in store for this boy!

At the Pharaoh Hound Club of America National Specialty 2014, he won Winners Dog with a 5-point major. His next trip to the USA resulted in a  BOS-win with a 4-point major at Westminster Kennel Club Dog Show from the Bred-By Exhibitor class under respected Sighthound specialist Mrs. Gayle Bontecou! The Westminster BOB went to his litter sister GCh. RBIS SBIS Bazinga A Dream of Spring for Mia "Summer".

Storm went Specialty Best In Show at the official Finnish Pharaoh Hound Club specialty "Farkkushow" in August 2015 under Mrs. Gabriela Veiga, Portugal, in an entry of 55 Pharaoh Hounds - the biggest entry in the breed anywhere in the world in 2015!

Three weeks later, he went Specialty Best In Show at the Norwegian Podenco Specialty in a record entry of 80 dogs under Mr. Wim Wiersma, the Netherlands!

Storm absolutely loves being in the show ring and he is a true pleasure to show.

All Breed Best In Show Winner

Group Winner in Norway, Finland and the USA

Best Of Breed at the AKC National Championship in Orlando 2017

Best Of Breed at Westminster 2018

We can't wait to see what the future holds for this handsome boy! 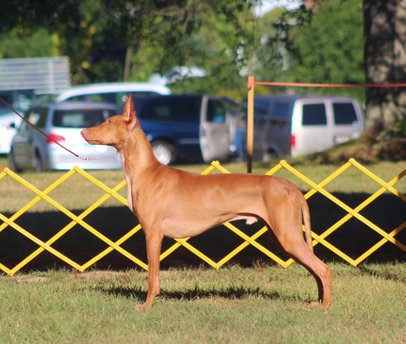 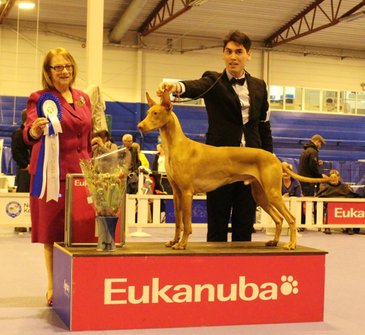