My aim as a breeder is to breed Pharaoh Hounds that are of my type, healthy, sweet natured, well constructed, versatile and true to the Pharaoh Hound standard. 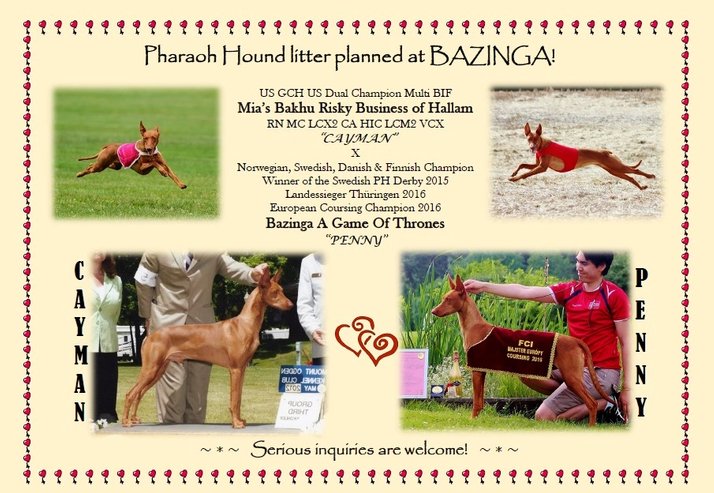 Bazinga A Game Of Thrones "Penny" 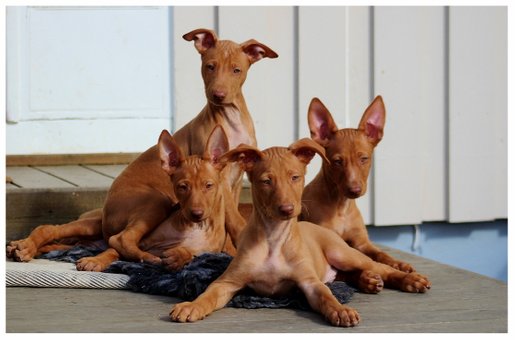 Cayman is a seven-year-old versatile male bred by Pam Haig, Robert Newman and Longlesson knl., and is owned by Darci Kunard in the USA. He has proven his form and function in the show rings and coursing fields. He comes from a quality litter consisting of several dual champions, National Specialty Best In Show winners and Best In Field winners. He has been the Number ONE Lure Coursing Pharaoh Hound in the USA three years in a row! (ASFA, 2014-2016)

Award Of Merit at the PHCA National Specialty 2015

The First & Only Pharaoh Hound in the USA to finish his 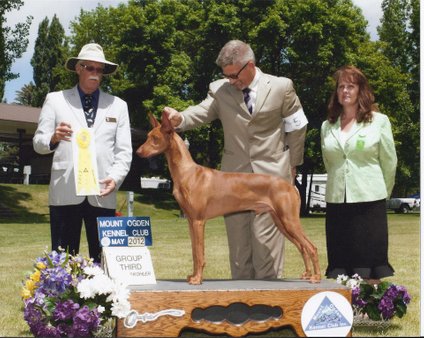 Cayman winning one of his many group placements.

Penny is a solid, well-constructed bitch with a beautiful headpiece, sound movement, long lines and a wonderful, sweet temperament. She comes from the Bazinga A-litter, a litter which has done extremely well around the world despite their young age. She has proven her form and function in the show rings and coursing fields. She is a champion in Norway, Sweden, Denmark and Finland, and has even BOB wins in Germany and Poland. She won the Swedish Pharaoh Hound Derby 2015, and in June 2016 she won the Gold Medal at the prestigious European Coursing Championship in Slovakia, following in the footsteps of her dam Izzie (European Coursing Champion 2011, Holland) and brother Storm (European Coursing Champion 2015, Finland). She also has lure coursing CCs from Norway, Sweden, Denmark and Finland! 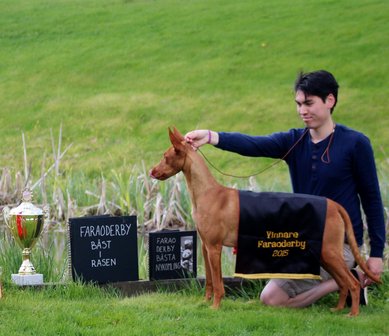 I believe Cayman and Penny will complement each other beautifully!

4-generation pedigree of the planned litter: 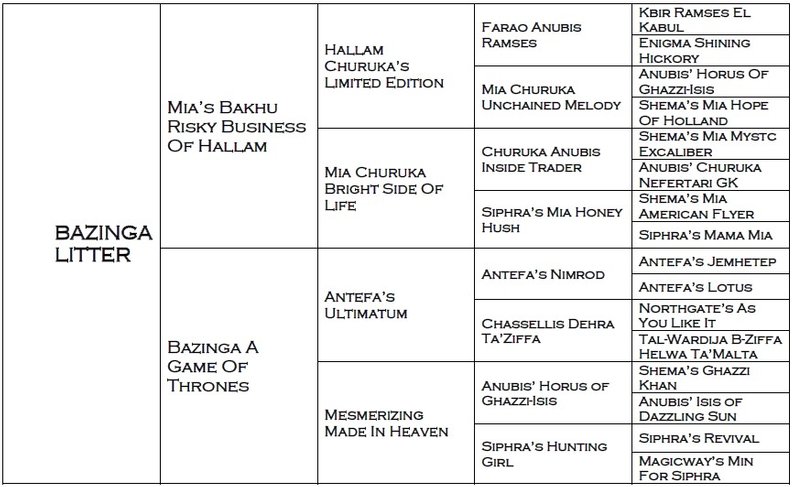 Puppies from our kennel are

- Registered in the Norwegian KC

All puppies get EU Pet-passports.